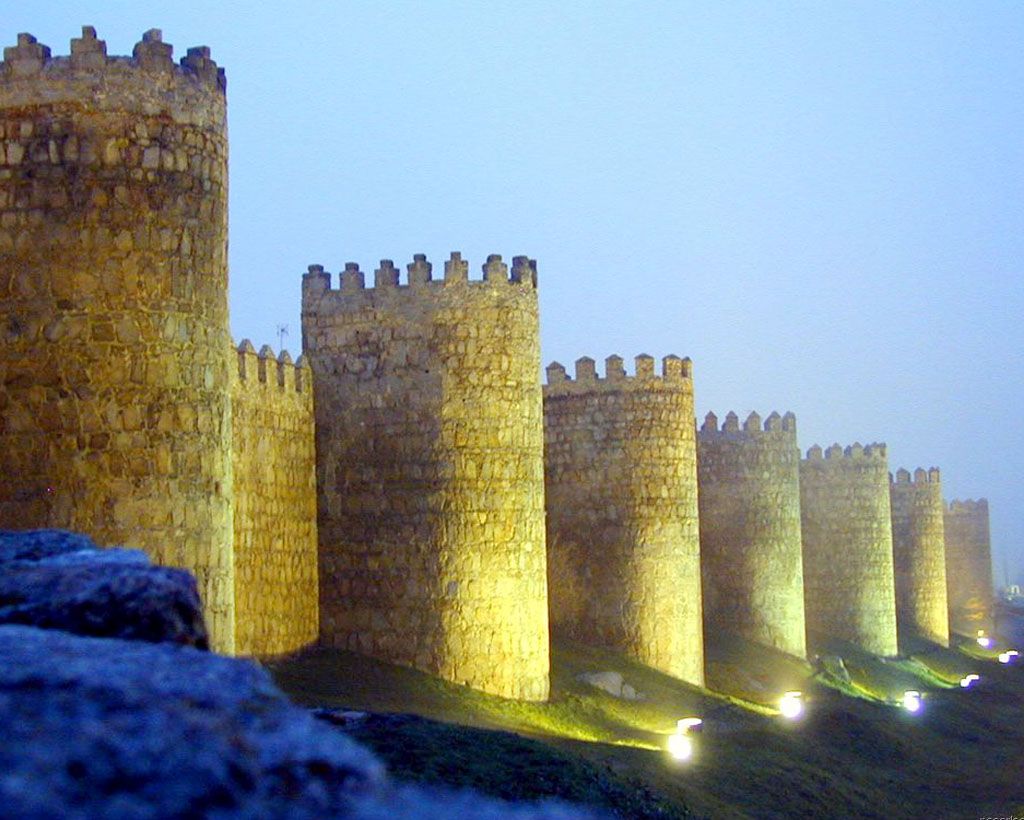 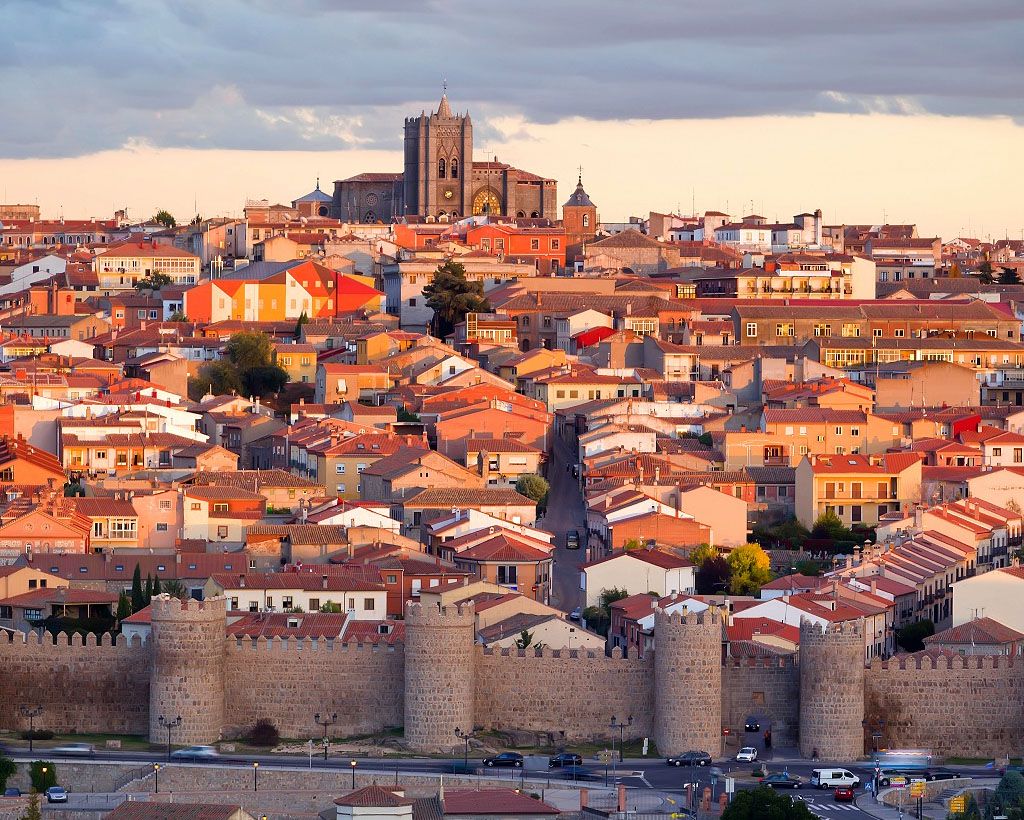 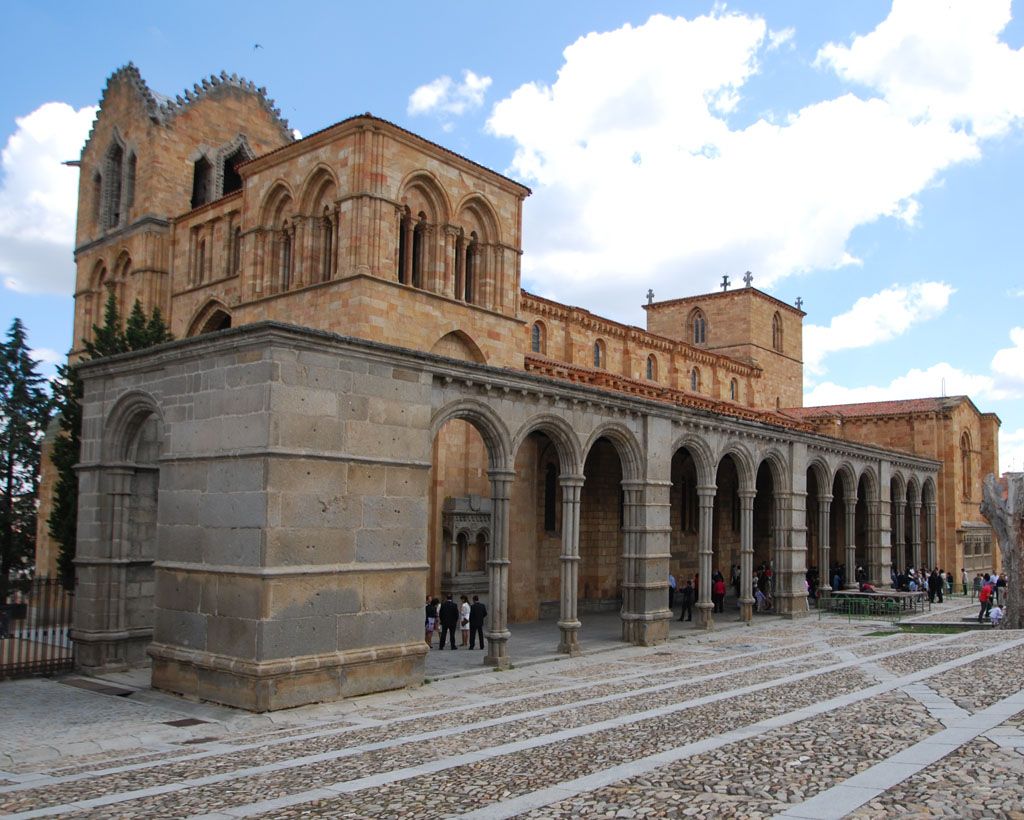 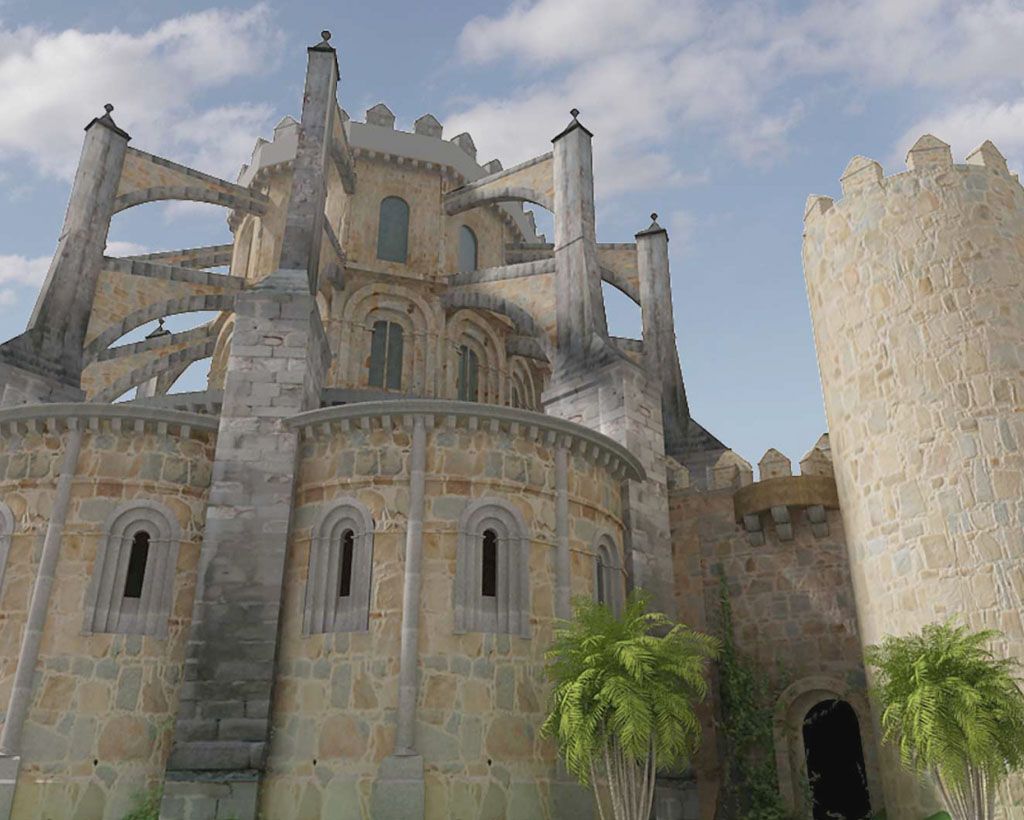 One of the finest remnants of Europe’s medieval era, the walled town of Avila was sacred to an ancient Celtiberian culture long before the arrival of the Romans or Christians. The city was captured by the Arab Moors in 714 AD, recaptured by the Christians in 1088, and had ist protective walls built in the 12th century. Extending for 2,500 meters (8202 ft.) and encircling the old town, the massive walls are punctuated by ninety, heavily fortified stone towers.

Avila is much visited by tourists today, yet in the late medieval ages its visitors were pilgrims coming to the church in the center of the walled city. The current church, begun in 1091 and completed in the 13th century, is where the mystic St. Teresa (1515-1582) had frequent visions and ecstatic experiences. Nearby the church stands the house where St. Teresa lived.