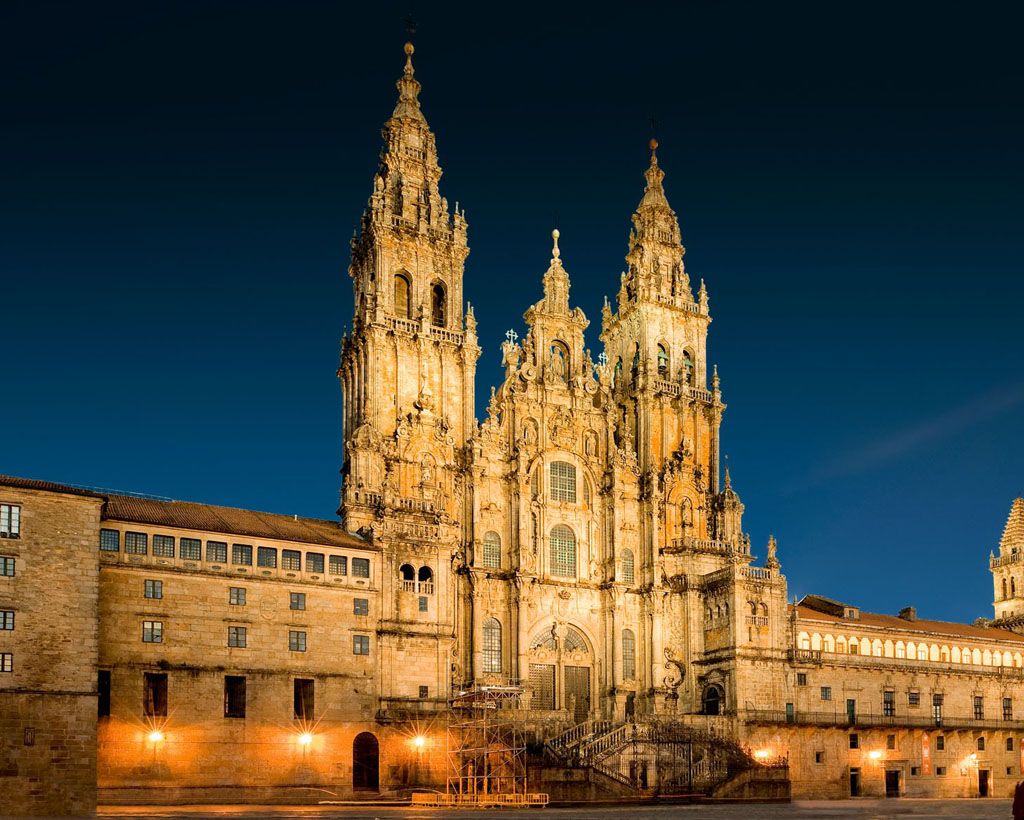 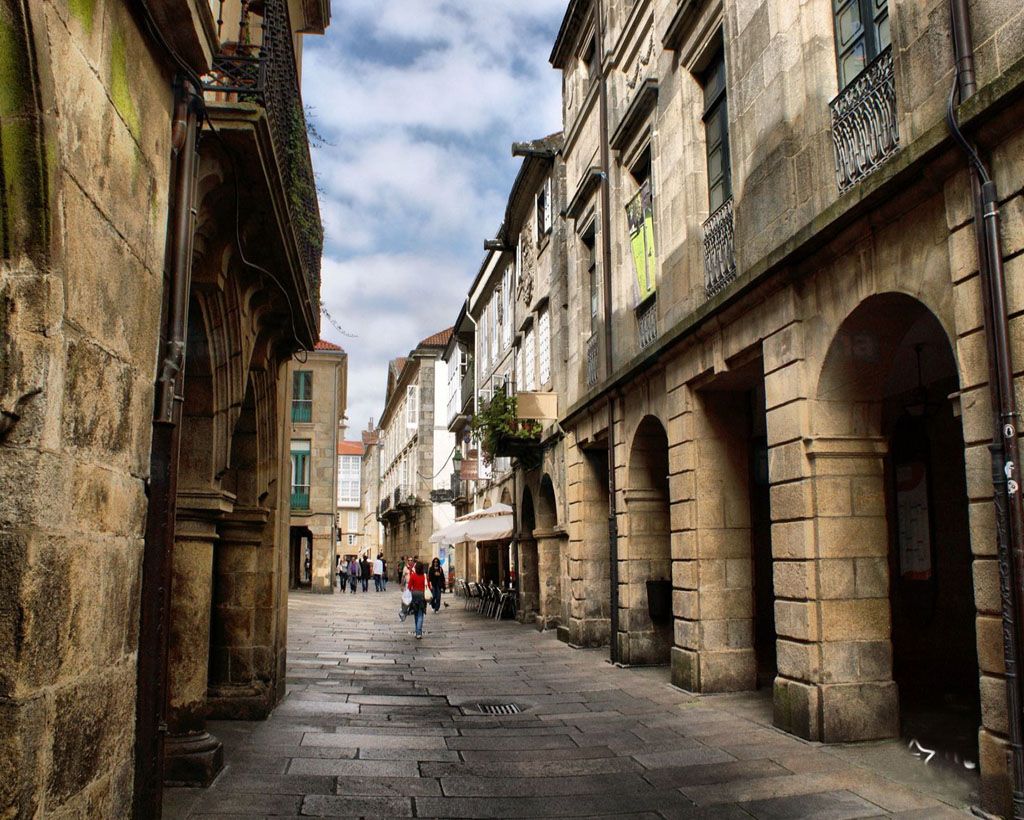 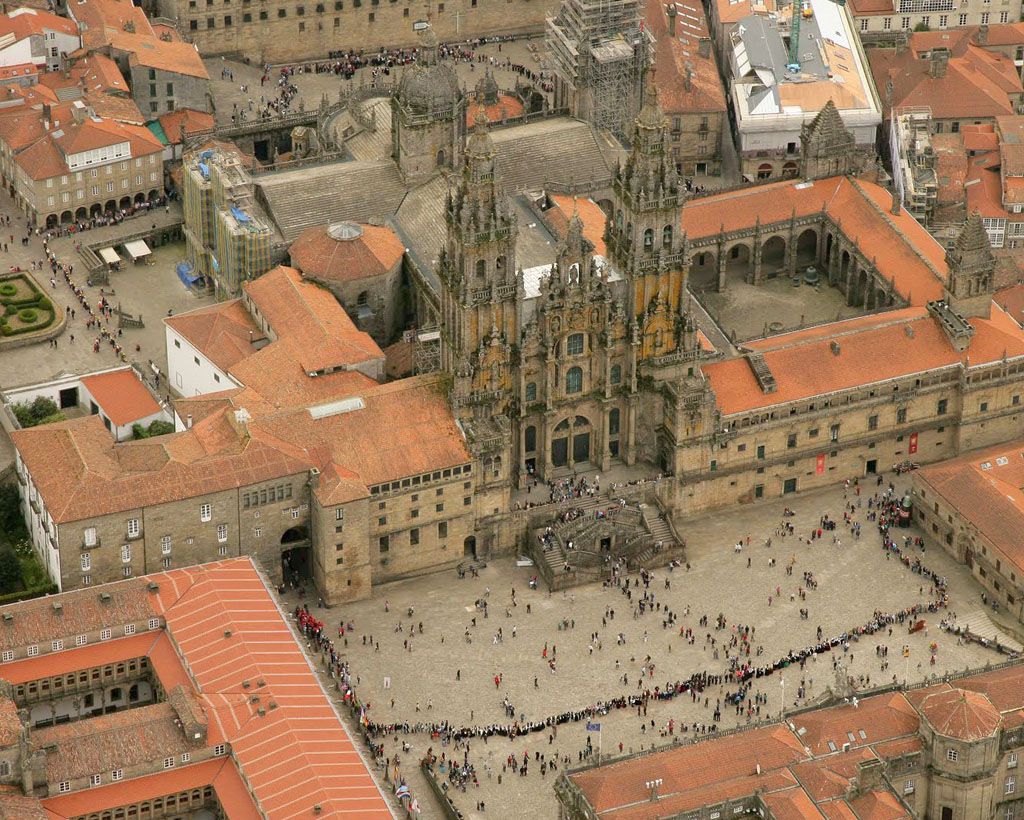 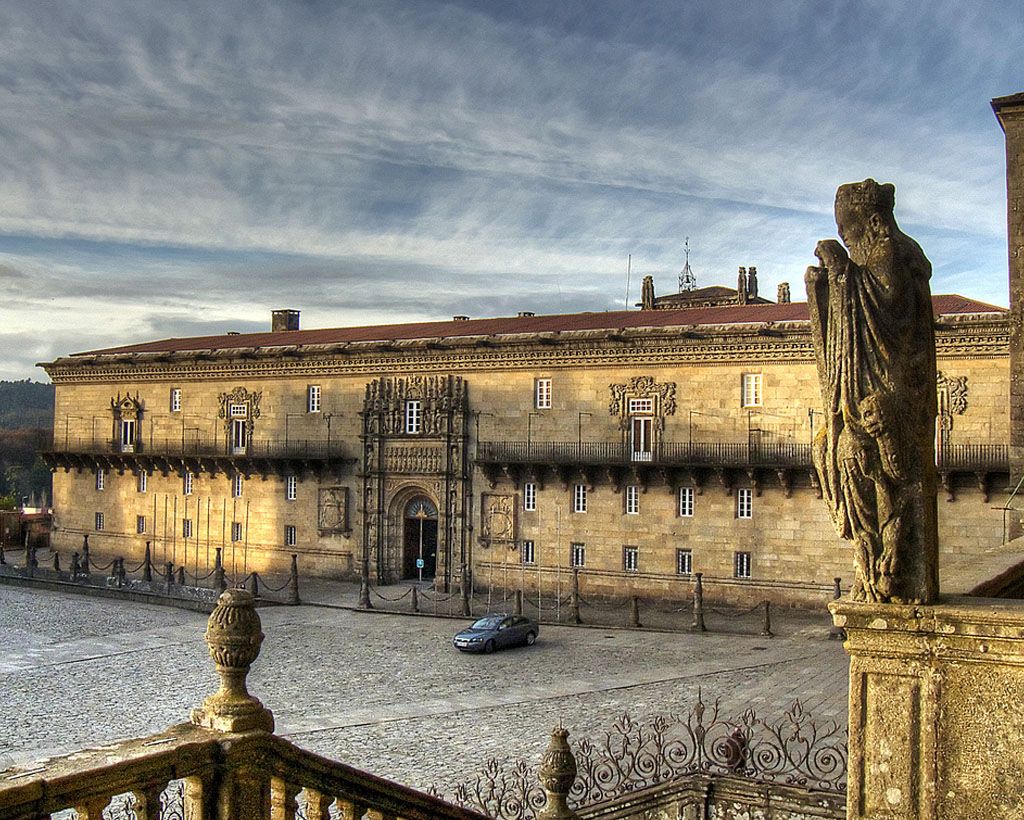 Within a forty-five minute drive from Vigo we arrive in Santiago, a World Heritage City and spiritual and and administrative capital of Galicia, has preserved for centuries its varied character conferred by the passing of time on its churches and other buildings, on its streets and squares and even on
its lifestyle.

Rightly does the Calixtine Codex, which contains a pilgrim´s guide written around 1130, say: “The heart of whoever beholds this city well swell with pleasure and wondrous enjoyment at its variety and greatness”.Santiago was already an urban centre in the 10th century. It was a small group of buildings clustered around St James´s Church, on the western slope of a castro pre-roman fortified settlement) whose growth was due to its position controlling a route centre and to the pilgrimages that have taken place over the centuries.

Any visitor to Santiago who wants to look round the city should start at the Cathedral, walking round the beautiful neighboring squares and the little streets joining them before going in,just to take in the grandeur of the ancient building properly. The visitor will be over-awed on going in by the sight of the Portico of Glory, the work of the great Master Mateo and finished in 1188, showing an apocalyptic representation with Christ in Majesty in the centre with,below Him, on the mullion, the Apostle
St. James.