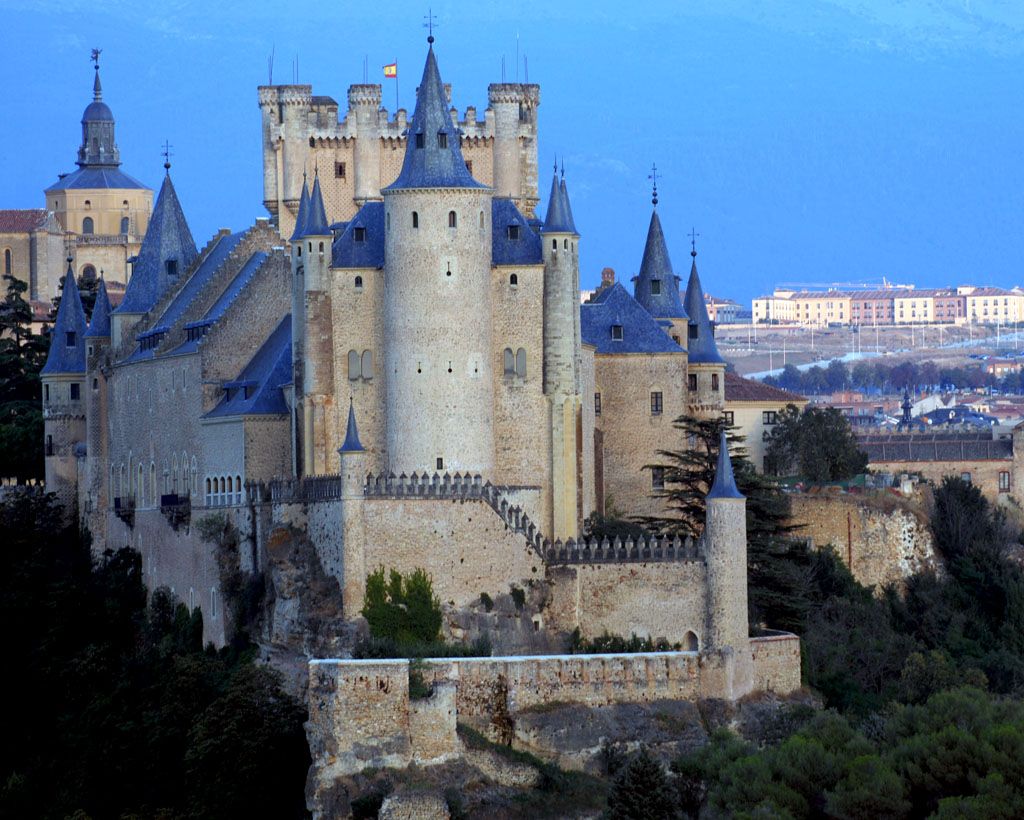 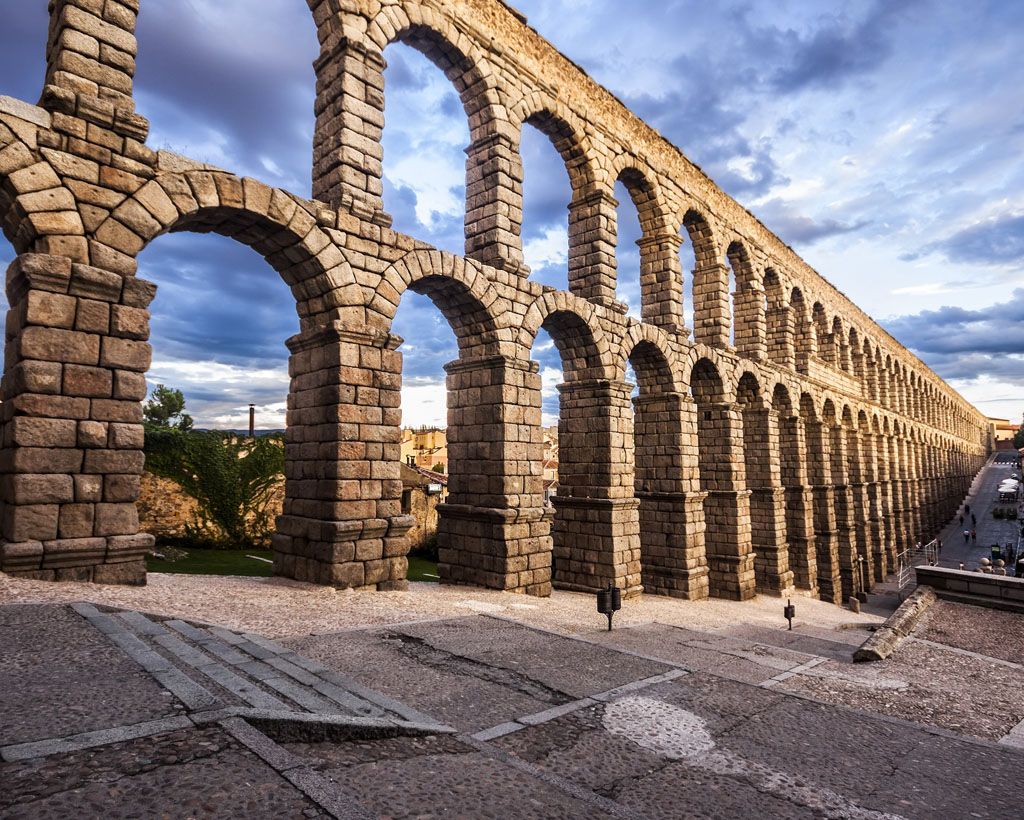 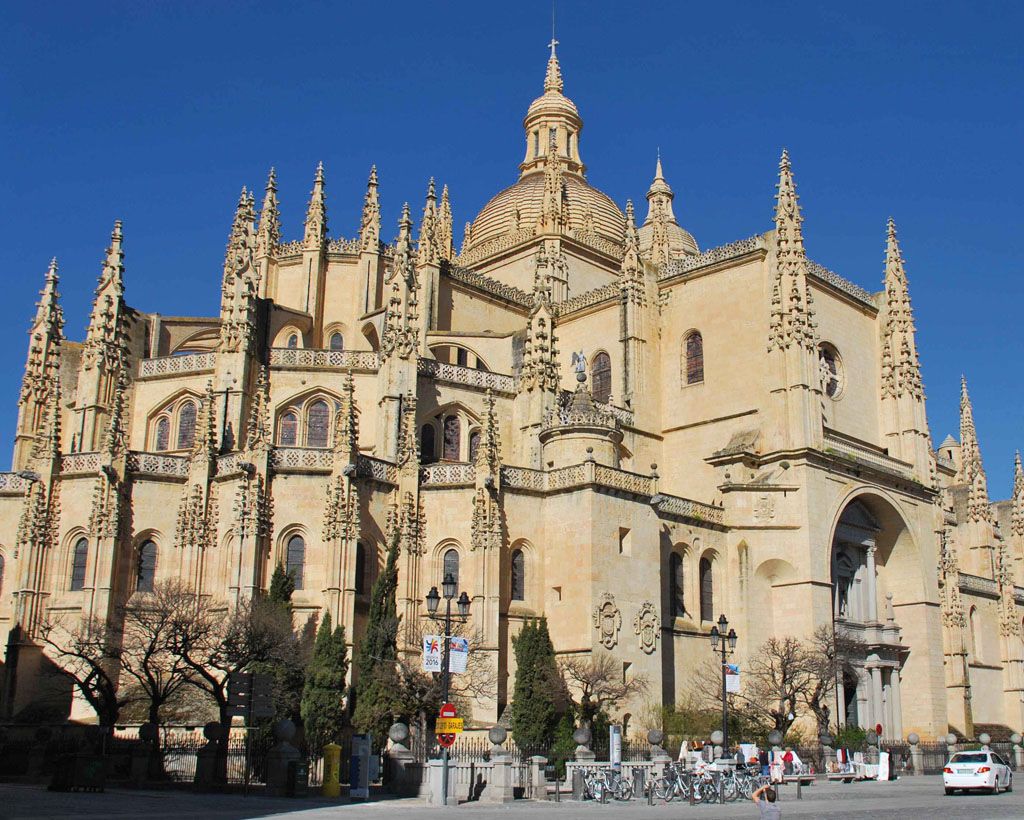 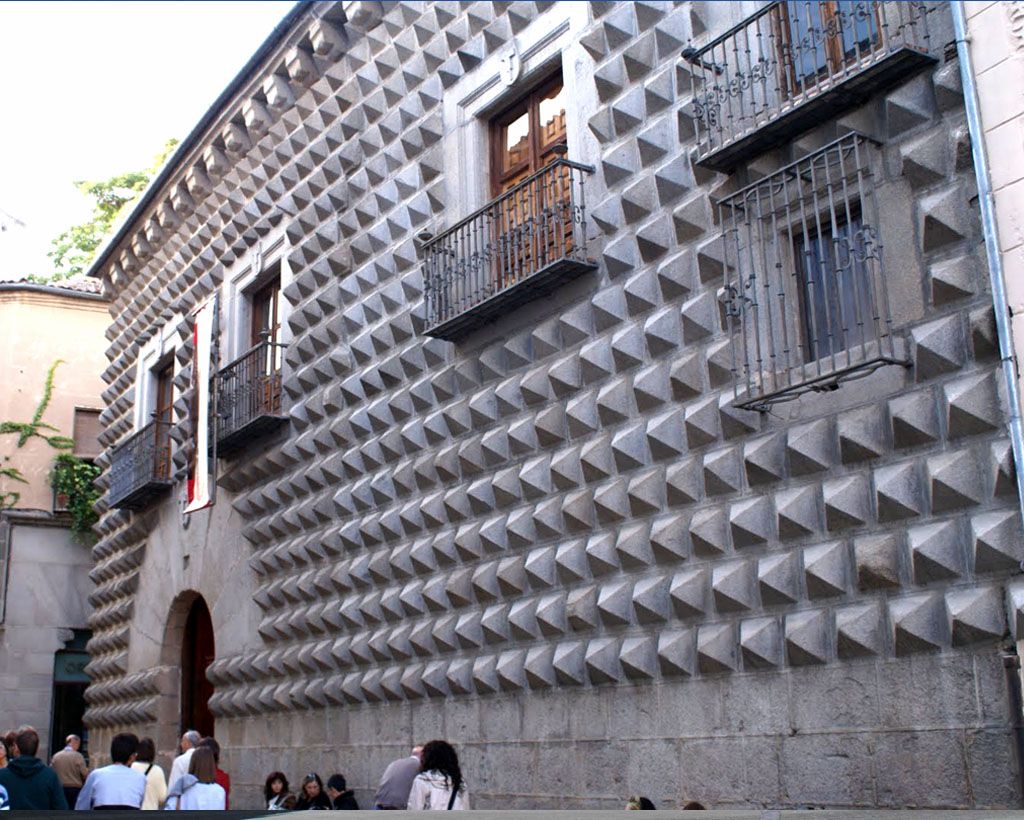 Segovia, on the border of the two areas called Castille, does not fit the traditional wasteland image painted by the famous 1898 group of Spanish poets because its lands are half mountain half plain. From the Guadarrama Sierra, where the tall Valsain pines grow and the ridges are barer towards its center, rivers descend in search of the Duero, rivers which have carved out deep valleys on their way.

The history, urban layout, historic sites and scenery of Segovia have been awarded a place on the UNESCO World Heritage list and the city is no doubt one of the most beautiful in Spain.

It lies on a rock with the rivers Eresma and Clamores at its foot. It was inhabited in the remote past andRome turned it into a military base, of which the famous aqueduct has survived the passage of times as a unique example of the mastery of engineering in the Empire. It begins 14km from the city – above the Puente Alta reservoir – and supplied the town with water until a few years ago. The roofless channel used to descend the slope of the sierra as far as the first purification plant in the outskirts of the town. From there, a double row of granite arches which reaches its greatest height at the Azoquejo took the water in a pipe to the Alc zar, the fortress.The aqueduct is the symbol of Segovia and the reference point of its
urban layout