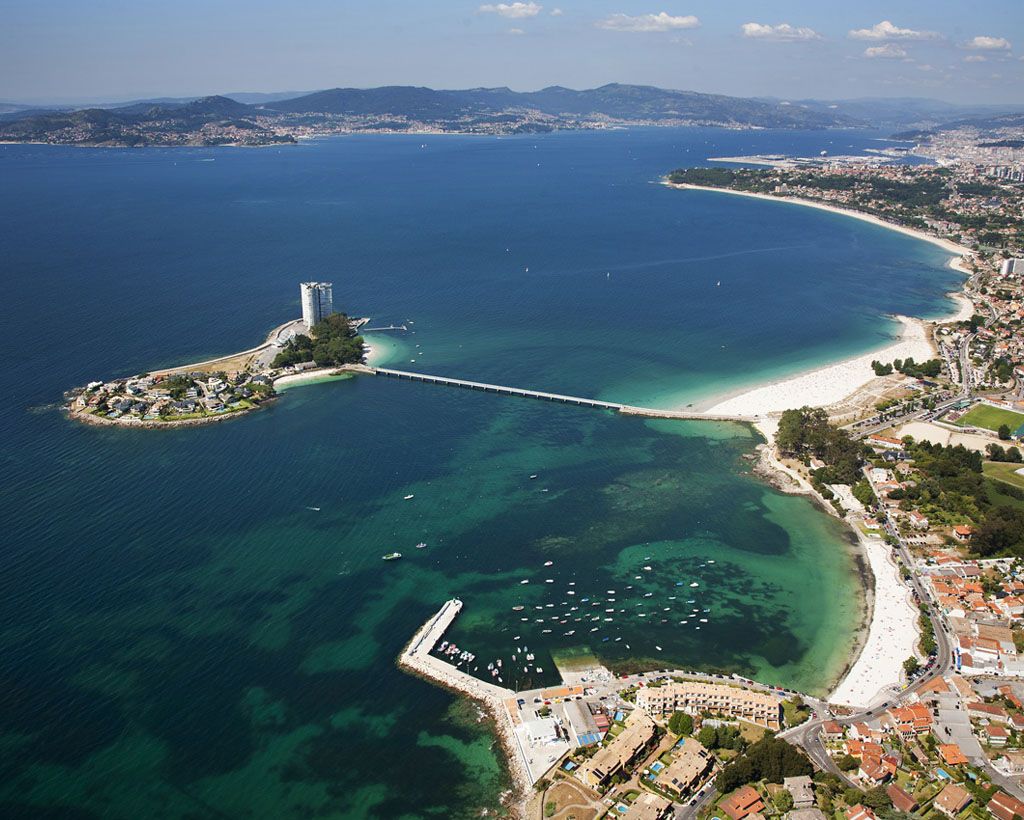 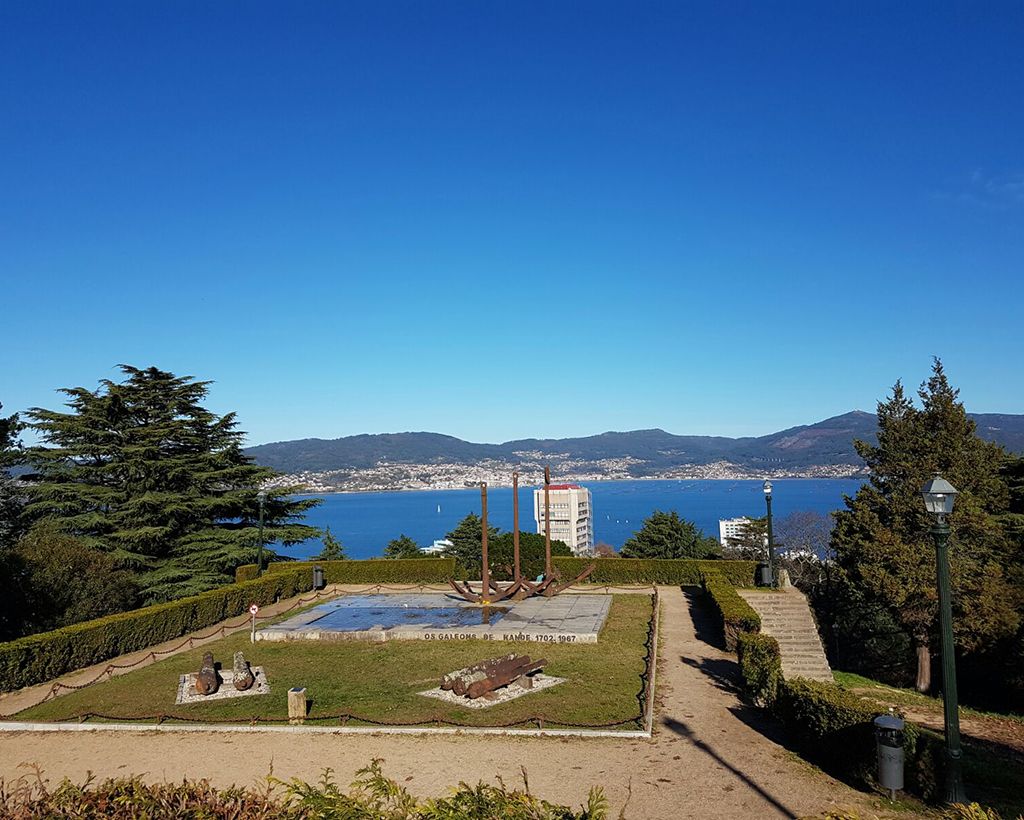 The city of Vigo is in the northwest of Spain, 20 minutes north from the portuguese border, on the ría of the same name and is protected from the ocean winds by the Cíes Islands. One’s Vigo 3attention is caught by the splendid watchtowers overlooking the city: the Monte del Castro, with its castle, and the Monte de la Guía, with its Chapel of Our Lad of the Snows, but above all is drawn to the beautiful surroundings with their spacious beaches and leafy woods. The climate is mild and warm throughout
the year.

Heading south from Vigo there are lots of sandy beaches not so crowded as it happens in southern Spain. If the traveller is also fond of history and archaeology, then there is still more incentive: next to the bridge going to Toralla Island there is an archaeological dig.

After crossing the old roman stone-made bridge of A Ramallosa, the next stop is Baiona, a beautiful town to walk through its streets, will bring the visitor from surprise to surprise: the Romanesque collegiate church, the Holy Trinity Cross (15th Cent.) the 19th- Century House of Culture and the 18th – Century Town Hall. The presence of the parador (one of a chain of state-run hotels) with a sort of city wall round it, which takes up a whole peninsula where the entire town once stood, certainly attracts atttention. Sometimes so much that you forget to pay a little attention to something so seemingly trite as the street lamps.